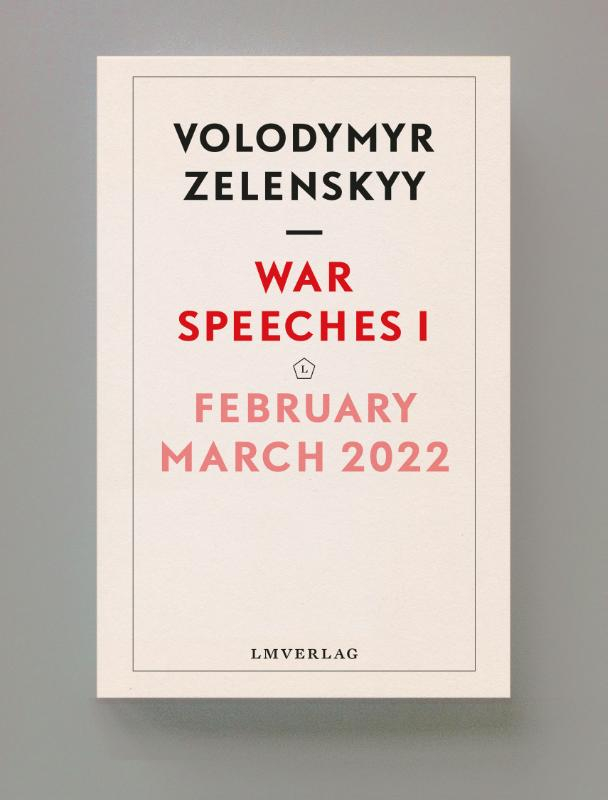 Complete and unabridged English edition of Zelenskyy’s speeches to the Ukrainian and Russian people, foreign governments and parliaments, and international organisations since the eve of the war.

Volodymyr Zelenskyy has won public adoration for his ability to motivate not only Ukrainians but people around the world. He might be the best version of a 21st-century political leader we’ve seen.
In many ways, Zelenskyy is the most unlikely of heroes. He grew up as a Russian-speaking Ukrainian Jew in the southeastern part of the country. He earned a law degree and pursued a career in standup comedy and acting. Then, quite incredibly, he starred in the comedy series The Servant of the People where he played a high school teacher who suddenly becomes President of Ukraine. In the spring of 2022, the ‘real’ President, Vladimir Putin of Russia, appears completely out of touch with reality, accusing Ukraine of ‘genocide’ and talking of the need to ‘de-nazify’ the country.

About Vladimir Putin: ‘This is the dictator who was courted in Germany. And for Schröder, Steinmeier, Merkel was the one not to be provoked. The madman who wants a war so much that he is no longer even willing to answer the phone when the Ukrainian president calls’, Paul Ronzheimer, Bild.
‘How Zelenskyy’s team of TV writers helps his victory message hit home’, Luke Harding, The Guardian.