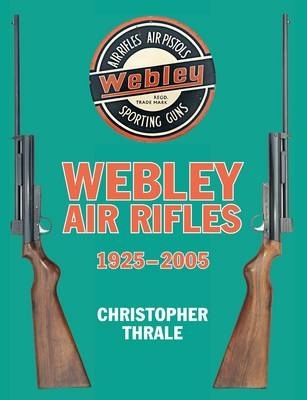 Presents the history of the air rifles made by the company, Webley, between 1925-2005, from the introduction of the Mark 1, to the pre-charged guns such as the Venom Viper. This book covers the circumstances under which the early rifles were introduced. It offers information as to how and why they were subsequently developed in the way they were

Levertijd: 14 tot 28 werkdagen
Copyright © 1996- All rights reserved | Deze website maakt gebruik van cookies
This template is made with by Colorlib