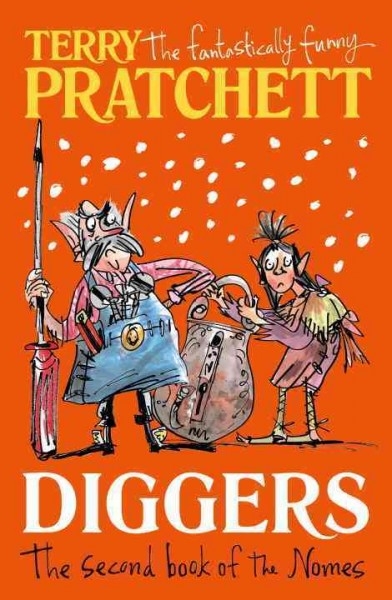 Features Jekub the Dragon in the Hill with great big teeth and a great loud voice. Well, that's according to the nomes, but they are only four inches tall. When humans threaten their new home in the quarry, the natural thing would be to run and hide. But Grimma has been reading strange books and has got the wild idea that they should fight back.