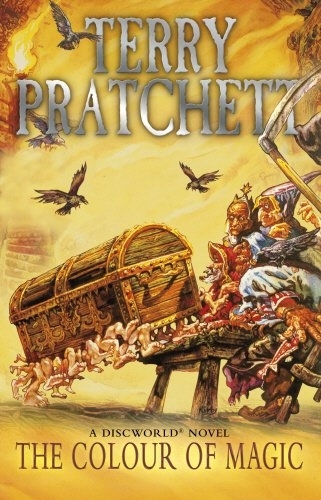 The first book in Terry Pratchett's Discworld series. It's set on a flat world sitting on the backs of four elephants, who hurtle through space. We are introdcued to the strange adventures of Rincewind, the wizard, and Twoflower, Discworld's first tourist.