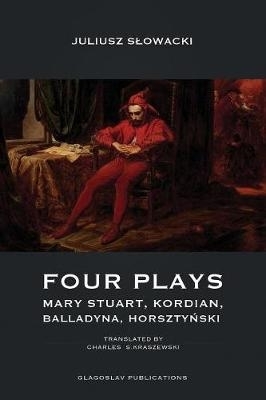 The crypt of Wawel Cathedral in Kraków is the Polish nation`s greatest pantheon. Here lie the earthly remains of its storied kings and queens, and two of its greatest poets, Adam Mickiewicz and Juliusz Slowacki. At the conclusion of his speech at Slowacki`s reburial in 1927, Marshal Józef Pilsudski commanded the guard of honour: `In the name of the Republic, I direct you, gentlemen, to carry this sarcophagus into the royal crypt, for he who rests within was no less a king.` Slowacki, who once described himself and Mickiewicz as `two gods, on their own, opposing, suns` has rested alongside his great rival now for over ninety years. Although generally regarded as an eternal second to the national bard Mickiewicz, Slowacki is a great poet in his own right. Had Mickiewicz, who undoubtedly influenced him, never existed, Juliusz Slowacki would still have become an important European poet - especially as far as drama is concerned. The recognised creator of the modern traditions of Polish playwriting, Slowacki holds a position second to none in the creation of original plays in the style of Shakespeare - that darling of the European Romantics - whom many poets of Europe emulated and imitated, while never reaching the facility with the Shakespearean idiom achieved by Slowacki. What is even more striking is the fact that Slowacki achieved this high level of quality at a very early age. The dramas in Glagoslav`s edition of Four Plays include some of the poet`s greatest dramatic works, all written before age twenty-five: Mary Stuart, Balladyna and Horsztynski weave carefully crafted motifs from King Lear, Macbeth, Hamlet and A Midsummer Night`s Dream in astoundingly original works, and Kordian - Slowacki`s riposte to Mickiewicz`s Forefathers` Eve, constitutes the final word in the revolutionary period of Polish Romanticism. Translated into English by Charles S. Kraszewski, the Four Plays of Juliusz Slowacki will be of interest to aficionados of Polish Romanticism, Shakespeare, and theatre in general.