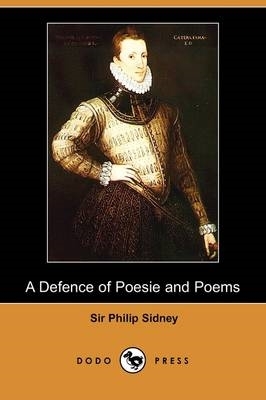 Sir Philip Sidney (1554-1586) became one of the Elizabethan Age`s most prominent figures. In 1572, after studying at Christ Church, Oxford, he travelled to France as part of the embassy to negotiate a marriage between Elizabeth I and the Duc D`Alençon. He spent the next several years in mainland Europe. On these travels, he met a number of prominent European intellectuals and politicians. Returning to England in 1575, he occupied himself with politics and art. More seriously, he quarrelled with Edward de Vere, 17th Earl of Oxford, and Sidney challenged de Vere to a duel, which Elizabeth forbade. He then wrote a lengthy letter to the Queen detailing the foolishness of the French marriage. Characteristically, Elizabeth bristled at his presumption, and Sidney prudently retired from court. Sidney had returned to court by the middle of 1581 and was knighted in 1583. His artistic contacts were more peaceful and more significant for his lasting fame. Famous in his day as a poet, courtier and soldier, he remains known as the author of The Countess of Pembroke`s Arcadia (1580), Astrophil and Stella (1581) and A Defence of Poetry/Poesie (1581).