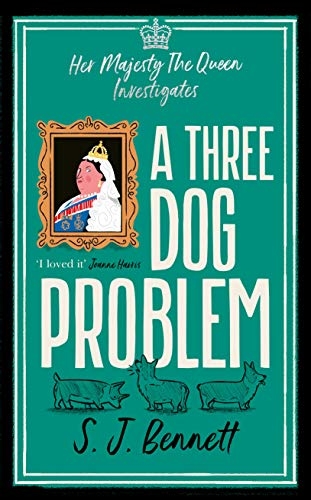 The delightfully clever mystery in which Queen Elizabeth II secretly solves a murder at Buckingham Palace - perfect for fans of The Crown and The Thursday Murder Club by Richard Osman.

Queen Elizabeth II is having a royal nightmare.

A referendum divides the nation, a tumultuous election grips the United 'states - and the body of a staff member is found dead beside Buckingham Palace swimming pool.

Is it a tragic accident, as the police think? Or is something more sinister going on?

As Her Majesty looks for answers, her trusted assistant, Rozie, is on the trail of a treasured painting that once hung outside the Queen's bedroom.

But when Rozie receives a threatening anonymous letter, Elizabeth knows dark forces are at work - and far too close to home. After all, though the staff and public may not realise it, she is the keenest sleuth among them. 'sometimes, it takes a Queen's eye to see connections where no one else can . . .

Agatha Christie meets The Crown in A Three Dog PROBLEM, the much-anticipated second book in the 'Her Majesty The Queen Investigates' mystery series by 'sJ Bennett - for fans of The Thursday Murder Club by Richard Osman, Agatha Christie and M.C. Beaton's Agatha Raisin.