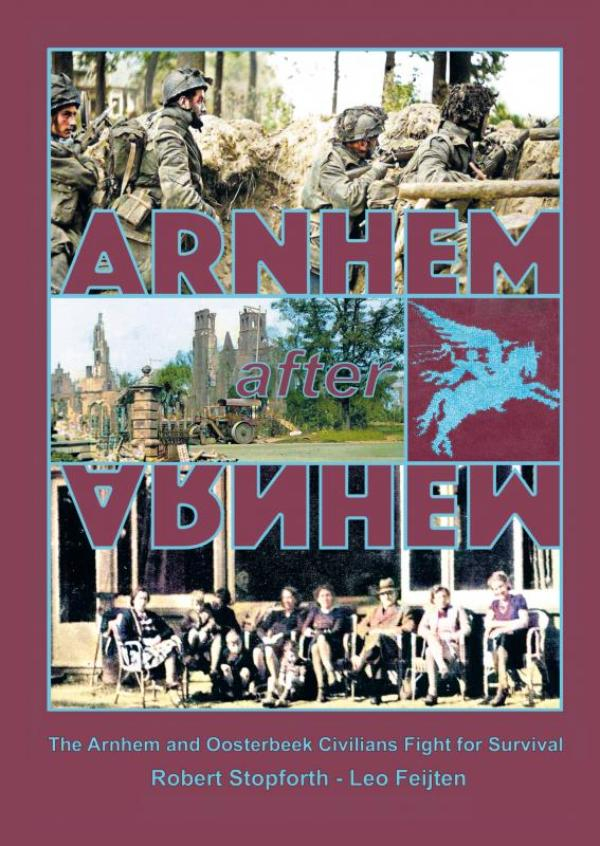 Arnhem after Arnhem.
Why this reissue? As a child I experienced the first week of the Battle of Arnhem. On September 25, 1944, our family was granted refugee status. For nine months we and many others roamed the country from haystack to farm, from chicken coop to cowshed, from guest house to paper mill. Travelling on farm carts, handcarts and on foot. And as bonus the bombing, shelling and V-1 missiles.
Returning home to the ruins of the city of Arnhem, the burning and smelly waste in the once beautiful neighbourhood where we had lived. But we were free from all the dangers of war that had coloured our lives so darkly. The lights were allowed back on, and we celebrated an exuberant liberation party.
No more war!
In 1954 Robert Stopforth took the initiative to offer a group of us children who had survived all the war misery a short holiday.
Robert was attached to the Royal Signals of the 1st Airborne Division during the Battle of Arnhem.
In 1993 he published his book `Arnhem after Arnhem`. Later his book was no longer available in the Netherlands. With this reissue, our stories and memories will no longer be lost.
Bob passed away in October 2003.