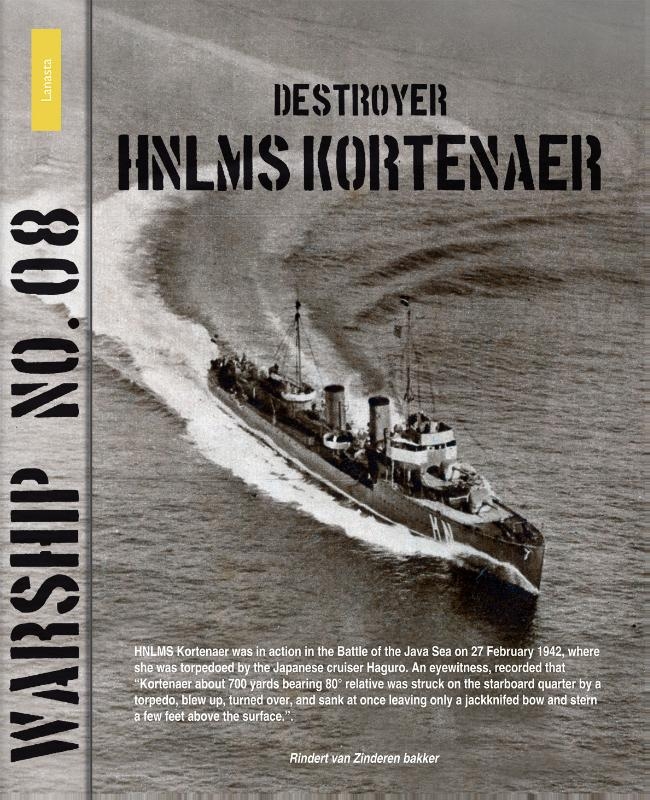 HNLMS Kortenaer was in action in the Battle of the Java Sea on 27 February 1942, where she was torpedoed by the Japanese cruiser Haguro. An eyewitness, recorded that “Kortenaer about 700 yards bearing 80° relative was struck on the starboard quarter by a torpedo, blew up, turned over, and sank at once leaving only a jackknifed bow and stern a few feet above the surface.”.