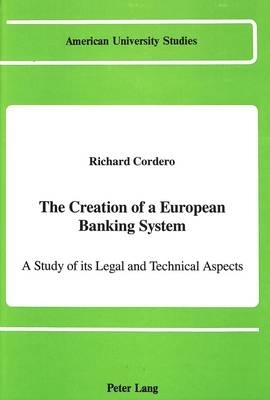 This carefully researched work constitutes a timely contribution to today`s most hotly debated project of the European Community: financial and monetary integration. To achieve such integration it proposes the creation of both a common banking market - where `banks` are broadly defined to include all institutions whose business it is to manage money - and a unified monetary environment in which money would be regulated centrally and move between all the Member States as freely as it does today within the domestic monetary territory of any one of them. This proposal is based on a concrete scheme of connected institutional structures and legal mechanisms capable of developing and implementing a single set of harmonized supervisory regulations as well as monetary policy. In doing so the author deals in detail with the most politically sensitive of all issues, namely the redistribution of functions and powers in financial and monetary matters between the Member States and the Community. His proposal of specific practical steps and fresh interpretation of the supporting legal framework make this work truly innovative.