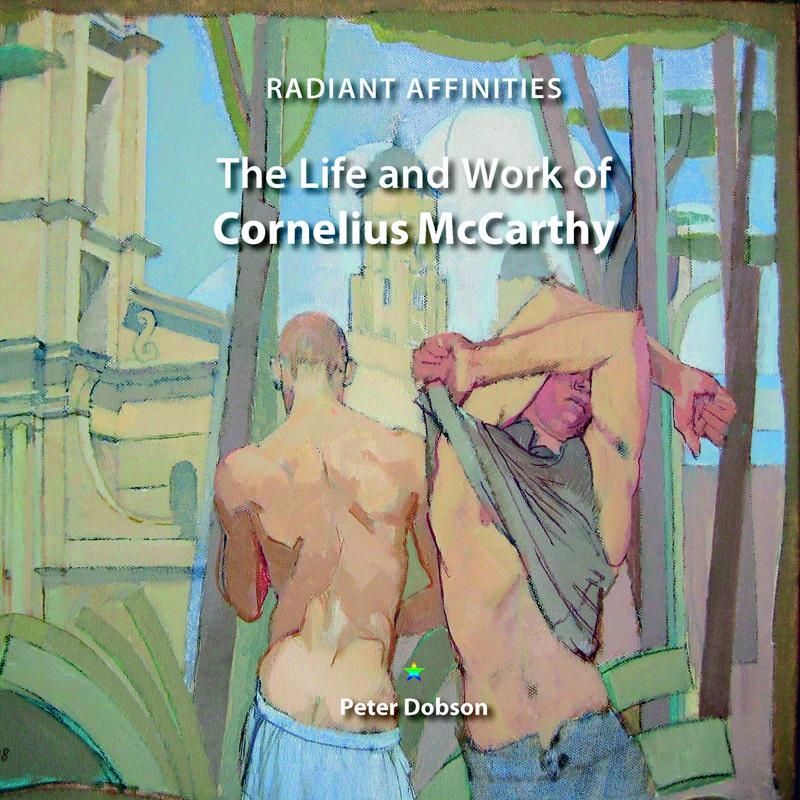 Radiant Affinities is the first full-length biography of Cornelius McCarthy (1935-2009), a British painter whose work is to be found in private collections worldwide but is still relatively unfamiliar.
This lavishly-illustrated book examines his artistic legacy in the context of the unprecedented social, cultural and political change in which he lived and worked, from Second-World-War London through to the sexual politics and ideological struggles of the 21st Century. His vibrant imagery, compassionate response to suffering and commitment to human values sometimes make his pictures challenging, but they often achieve a sense of emotional balance and a special radiance.

Peter Dobson has taught English and Cultural Studies in London, Canterbury, Austria and Hungary. He knew the artist for over forty years and collaborated with him on a book, Cornelius McCarthy: Paintings, published by the Adonis Art Gallery in 2007. He has an abiding interest in the arts, has published music journalism and poetry, and has written two plays for schoolchildren. He lives in Kent.