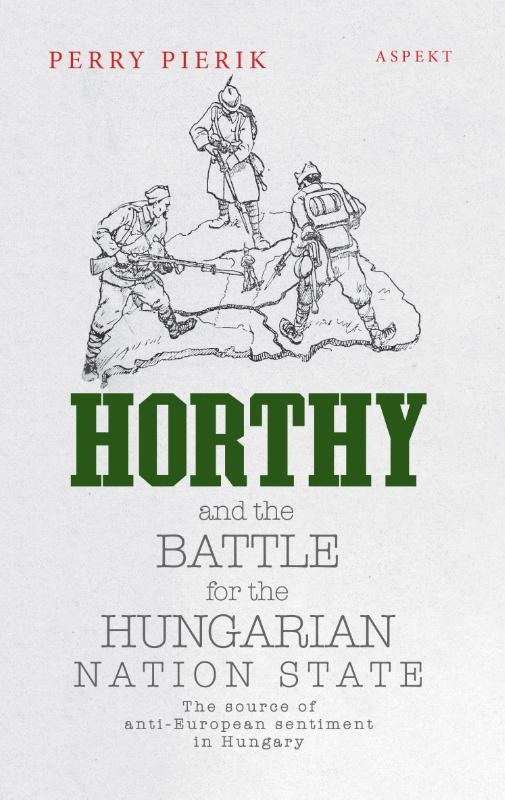 Perry Pierik
Horthy and the battle for the Hungarian nation state
The source of anti-European sentiment in Hungary
€ 19.95
Levertijd: 1 tot 2 werkdagen

Hungary rose as a nation state after the First World War, from the ashes of the Dual Monarchy. State regent and admiral without a fleet, Miklós Horthy, played a crucial role herein. The path to independence was far from simple for the Hungarians. Shortly after the First World War the communists staged a coup and the Entente Powers, and in particular the Pan-Europeans amongst them, tried thereafter to reinstate the Habsburg Empire.

This put Horthy, as former wing adjutant of the Austro-Hungarian monarch, in a difficult position. Horthy chose Hungary, but remained a toy of the larger powers. After 1933 it was Nazi Germany in particular that dragged Hungary into field warfare against the Soviet Union. In 1944, as the Red Army approached the borders of Hungary, Horthy was forced to change sides. The Germans struck mercilessly and brought the fascist Arrow Cross to power and persecuted the Hungarian Jews.

Hungary disappeared behind the Iron Curtain after the war, until the Pan-Europeans helped tear it down from the border city of Sopron, in 1989. Hungary returned to the womb of mother Europe, but with mixed feelings. The current politics of Hungary, under Viktor Orbán, is still evidence of this.

Dr. Perry Pierik has a PhD in geopolitics. Author of numerous books about the Second World War and Central and Eastern Europe, his previous book on Hungary, entitled ‘Hungary 1944-1945, the forgotten tragedy’ was published both in English and Dutch. He has received the Civis Mundi Prize for his work as historian and publisher.