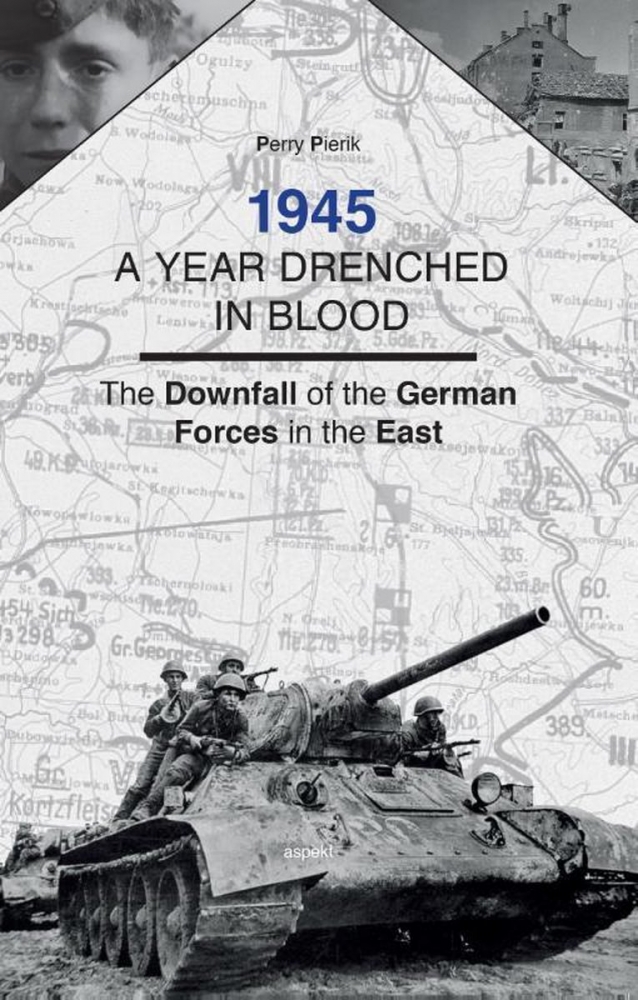 Perry Pierik
A year drenched in blood
The downfall of the german forces in the east
€ 17.95
Levertijd: 1 tot 2 werkdagen

Hitler talked about his "Fortress Europa', but it was a
rampart "without a roof.' Above all the western allied
air eet relentless bombed Nazi-Germany. After the
failed battle at Kurks in 1943, the allied landings in Normandy
and the collapse of army group "Mitte' in 1944, it was clear that
Hitler lost the war on military and production technical district.
Nevertheless the German people fought on. This book describes
the different aspects of "1945, a year drowning in blood'. Hitler
focused in this final phase on the eastern front, cause the battle
against what he called Jewish-Bolshevism was his priority until
the bitter end.