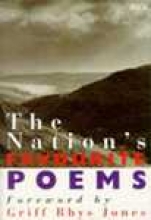 In 1995 Bbc Television's Bookworm programme conducted a poll amongst viewers to determine their favourite poems. The top 100 are presented in this book. They include the winner, Kipling's If, and many other classics, as well as modern verse by writers such as Seamus Heaney and Ted Hughes.