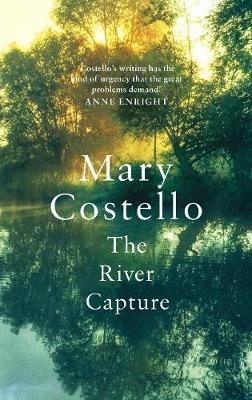 Luke O'Brien has retreated from the city to live a quiet life on his family land situated at the bend of the River 'sullane. 'surrounded by the Irish countryside and alone in the crumbling house, he longs for a return to his family's heyday. He has given up on love and relationships and instead turned to books for solace.

One morning a young woman arrives at his door. Her appearance could have profound consequences for him and his family.

But will he let her into his closed life?

In a novel that pays glorious homage to Joyce, The River Capture tells of one man's descent into near madness, and the possibility of rescue. This is a novel about love, loyalty and the raging forces of nature. More than anything, it is a book about the life of the mind and the redemptive powers of art.

Bij u in huis op: woensdag
Bestel vóór: 21:00
Copyright © 1996- All rights reserved | This template is made with by Colorlib