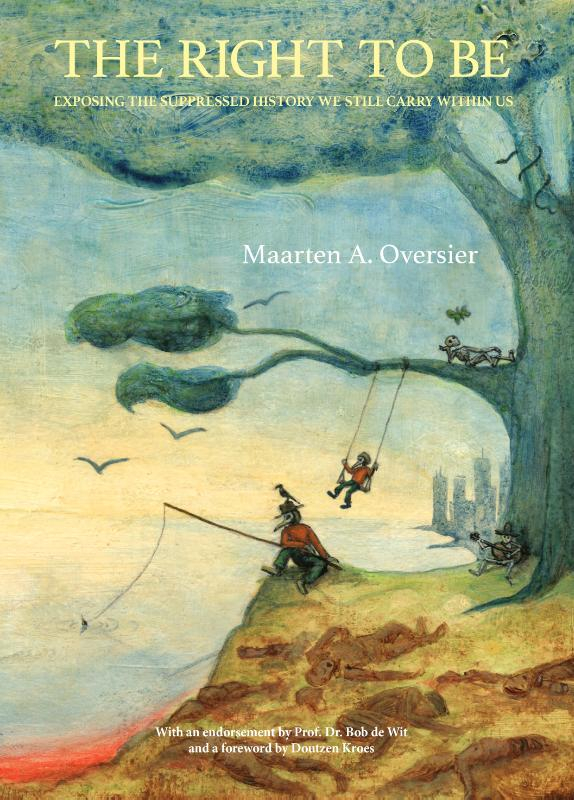 Maarten Oversier
The Right to Be
Light on the repressed history that we still carry in us
€ 34.95
Bij u in huis op: dinsdag
Bestel vóór: 21:00

Echoes of unresolved trauma from our past, even past lives, can cause physical, psychological, or emotional ailments that present-day humans suffer. But what is the real genesis of these traumas?

In the more than 25 years that Maarten Oversier has been a practicing reincarnation and regression therapist, he has discovered that the source can always be found within three specific historical domains. The shocking, and therefore often repressed experiences of our ancestors, the hell of two recent world wars and the dubious norms and demands of the powerful Catholic Church. The tableau of a largescale plan to enslave humanity emerges from behind these influences, as evidenced by the countless client experiences. But it is only a matter of time before it becomes apparent that the life force of earthlings cannot be permanently suppressed. Huge transitions of consciousness are taking place at a cosmis level. That is precisely why so many people are in incarnation now.

Interwoven with the reports of clients who tell their startling stories of recovery, Maarten explains how our unfinished history inexorably seeps into the present. But also, how themes of suppressed emotional pain can be recognized and processed so that it can be dispelled. He says, “The most valuable discoveries are made by thise who depart from the beaten paths.”

The Right to Be guarantees a gripping reading adventure capable of transforming our worldview, that sometimes reads like an exciting film scenario. It does not shy away from discussing such modern issues as organ donation, the corona crisis and transhumanism.

Maarten A. Oversier (1962) lives in the country town of Roden, in the nothern Dutch province of Drenthe. After a career as head chef at various renowned hotels, it turned out his true vocation was of a more spiritual nature. He has given over 15.000 sessions as a regression and reincarnation therapist. A huge source of inspiration for his work comes from First Nation people living in Canada, with whom he maintains close personal ties with frequent exchanges. He publishes articles, gives lectures and teaches at various locations in Europe and Canadian Indian reserves.

“In this magnificent book, Maarten helps us to bring our unresolved past to the surface so that it can be seen and healed, both at an individual and collective level.” Susan Smit, author

“This is the cookbook with the recipe of your lifetime.” Herman den Blijker, head chef

“This book can be a mirror that shows you what you hadn’t seen before. It will change your vision of your own reality and the world. It conveys a message that originated from thousands of years of wisdom.” Michael Pilarczyk, author, Life Artist and Awakener of Consciousness