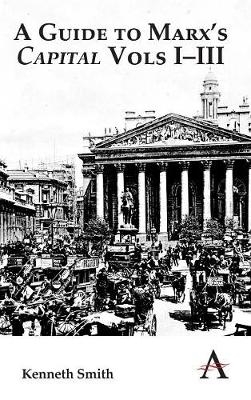 This book provides a comprehensive guide to all three volumes of Karl Marx`s `Capital`, with advice on further reading and points for further discussion. Recognizing the contemporary relevance of `Capital` in the midst of the current financial crisis, Kenneth Smith has produced an essential guide to Marx`s ideas, particularly on the subject of the circulation of money-capital. This guide uniquely presents the three volumes of `Capital` in a different order of reading to that in which they were published, placing them instead in the order that Marx himself sometimes recommended as a more user-friendly way of reading. Dr Smith also argues that for most of the twentieth century, the full development of the capitalist mode of production (CMP) has been undermined by the existence of a non-capitalist `third world`, which has caused the CMP to take on the form of what Marx called a highly developed mercantile system, rather than one characterized by an uninterrupted circuit of industrial capital of the kind he expected. While the guide can be read as a book in its own right, it also contains detailed references to Volumes I-III so that students, seminars and discussion groups can easily make connections between Smith`s explanations and the relevant parts of `Capital`.