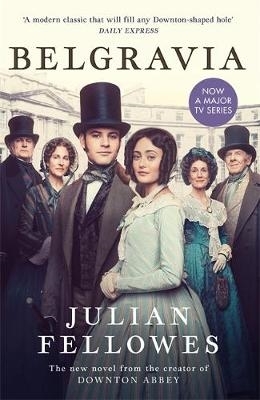 FROM THE CREATOR OF DOWNTON ABBEY: NOW A MAJOR TV SERIES `A modern classic that will fill any Downton-shaped hole` Daily Express It is the evening of 15 June 1815, and the Duchess of Richmond has thrown a magnificent ball in Brussels for the Duke of Wellington. The guests include James and Anne Trenchard - who have made their money in trade - along with their beautiful daughter Sophia. When the Trenchards move into the fashionable new area of Belgravia some twenty-five years later, they are surrounded by some of London society`s most influential families. But something happened that night of the ball, so long ago, that threatens their new status. Because behind Belgravia`s magnificent doors is a world of secrets, gossip and intrigue.