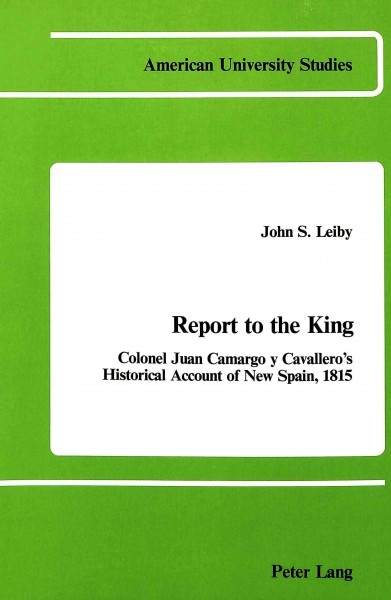 Colonel Juan Camargo y Cavallero`s chronicle stands as testament to the grandeur of late Bourbon Mexico. This report was written in 1815 in the midst of the Mexican Wars of Independence. This member of the Spanish Royal Corps of Engineers provides firsthand information on the political, economic, and military conditions existing during this turbulent phase of Mexican history. Camargo`s chronicle is consequently a major source about the effects of the early nineteenth century insurrections.