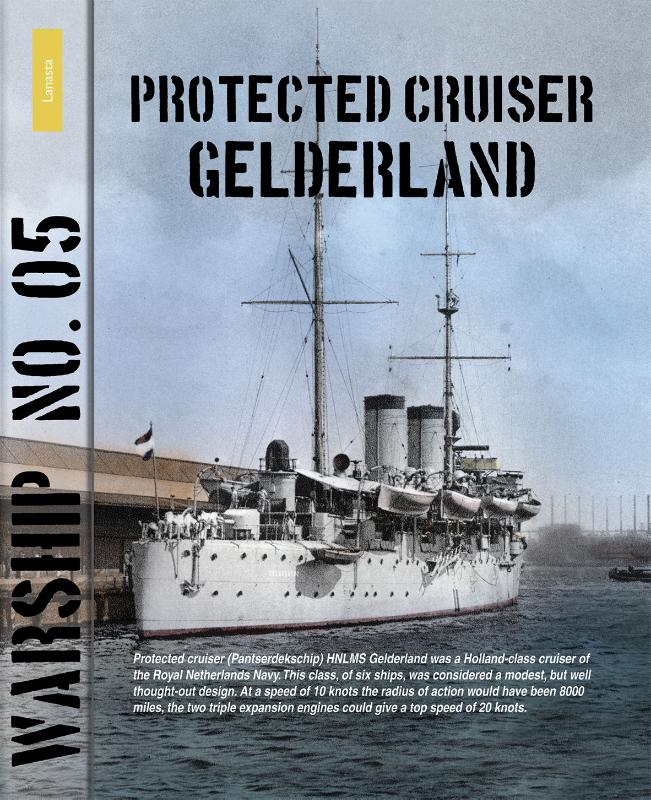 Protected cruiser (Pantserdekschip) HNLMS Gelderland was a Holland-class cruiser of the Royal Netherlands Navy. This class, of six ships, was considered a modest, but well thought-out design. At a speed of 10 knots the radius of action would have been 8000 miles, the two triple expansion engines could generate a maximum speed of 19.5 knots.