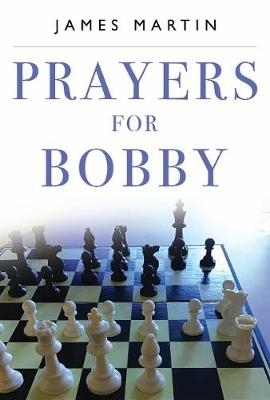 James Martin, growing up in halcyon Sydney in the 1970`s, had never heard the name `Bobby Fischer`. And yet, when this most controversial, both fêted and maligned, and much loved American won the World Chess Championship against incumbent Boris Spassky of Russia, in Reykyavik, Iceland in 1972, he was, having singlehandedly done what neither Napoleon or Hitler could do-annex Moscow-in the words of one observer, in world-wide fame second only to Jesus Christ. Fischer, an intensely private man, `had a problem`. In apparent solution to that `problem`, Fischer - disappeared...


Due to a problematic relationship with his own father, James Martin, having decided in 1980 to `learn how to play chess,` encountered a man with integrity, super-brilliance, wittiness, greatness, and, let`s face it, magnificent good looks, and, first through Fischer`s two books on chess, Bobby Fischer Teaches Chess and My 60 Memorable Games, and subsequent submersion in the gargantuan lore concerning him - fell in love!


With Prayers for Bobby, James presents a series of ninety sonnets through which a veritable horde of admirers, or `pray-ers`, offer their solidarity in devotion to `the greatest of them all` - all the time asking: `Will the real Bobby Fischer please stand up?`