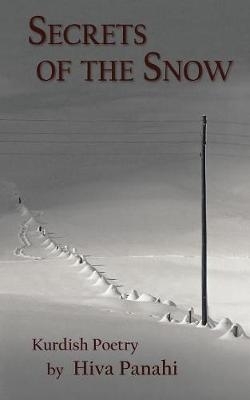 Dr. Hiva Panahi was born in 1980 in Sanandaj, Kurdistan, in today`s Iran. Her first poem appeared in the Kurdish magazine, Serwe, when she was thirteen. At age sixteen she started a movement against the Iranian theocratic oppression towards women, for which she was imprisoned and tortured.


In the year 2000 Dr. Panahi took refuge in Greece on a scholarship to study at Panteion University and at the University of Athens. A collection of her poetry, Secrets of the Snow, was published in 2001 in Kurdish and in 2008 in the Greek language. In 2011, Dr. Panahi received the honorary award for poetry at the International Festival of Storytelling in Kozani, and in 2014 was invited to take part in the Tinos Literary International Festival.


`Hiva belongs to the great Medes tradition; the intense nuances of powerful feelings come from her Kurdish origin and dramatically color her poetry. Hiva is exceptional in that with the publication of her first book in Greek, she introduced Greek readers to a little known style, at least in poetry writing. Especially noteworthy is the fact that she translated them first hand from Kurdish to Greek…` From the Introduction, by Nanos Valaoritis