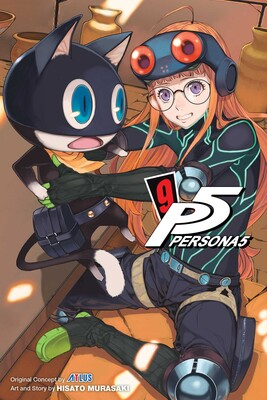 Based on the popular video game, this manga’s phantom thieves will steal your heart!

After being arrested and having to transfer to a new high school in Tokyo, Akira Kurusu is given the goal of rehabilitation and awakened to a new power—the power of one’s true self, a Persona. Using his Persona and the mysterious navigation app Mementos, Akira and his friends take on the role of Phantom Thieves, saving people from the twisted desires of those around them.

The battle for the treasure in Futaba’s palace is on! Things take a strange turn as Futaba appears in her own palace— something that shouldn’t even be possible! The truth behind her mother’s death is unraveled as the shackles guarding her memories loosen and the distortions weaken. But that truth only leads to even more mysteries…