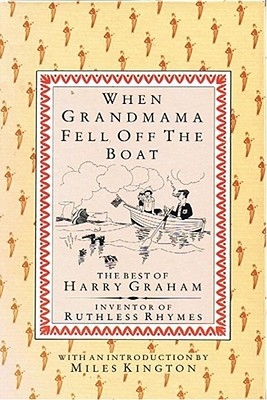 When Grandmama Fell off the Boat is an anthology of the humorous verse of Harry Graham, one of the early 20th century`s wittiest writers. Published in England and America, he was credited with introducing `sick` verse. His obituary in The Times compared him to Edward Lear, Lewis Carroll and W. S. Gilbert, an epitaph that has stood the test of time.