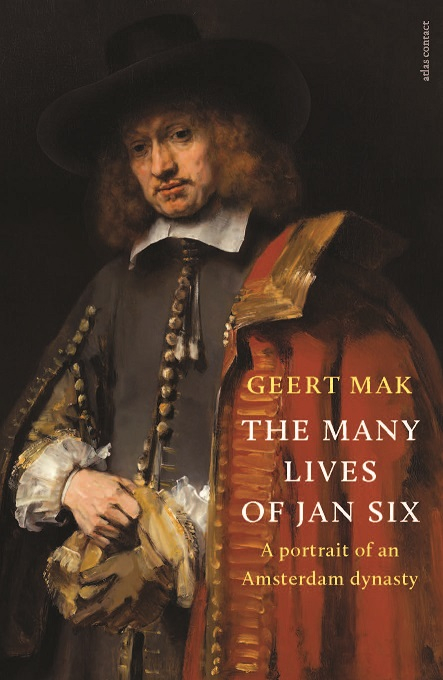 Geert Mak
The Many Lives of Jan Six
A Portrait of an Amsterdam Dynasty
€ 25.99
Levertijd: 1 tot 3 werkdagen

Geert Mak’s latest book, The many lives of Jan Six, has all the outstanding qualities of his other books: erudite, meticulously researched, but above all beautifully written. Mak is a great story-teller and a tireless student of salient facts; this priceless combination has resulted in a literary gem.’ Ian Buruma – editor of The New York Review of Books In 1654 the first Jan Six had his portrait painted by his friend Rembrandt van Rijn. It is considered the most beautiful portrait Rembrandt ever painted, and it is still part of the private collection in Amsterdam, where the Six family has lived for four centuries. The many lives of Jan Six tells the compelling history of this elite Amsterdam dynasty, of the city and its times, of ambitions and limitations, of grandeur and the constant fear of decline. The book also tells the story of the Sixes through these centuries: after the family patriarch came a second Jan Six, a third; every generation has known one Jan, until the present day. They held high positions: several members of the family were mayors of Amsterdam. Some came into great wealth, others were prominent scientists or stumbled through life hunchbacked, disinherited and broken-hearted. The Six archive is a treasury of unique information, with notes on both weighty affairs and trivial, everyday matters. It also contains the correspondence of four centuries, including with George Washington. The many lives of Jan Six is a cultural and artistic celebration of four centuries of the Netherlands, and Amsterdam. Geert Mak is our guide on a journey through history.