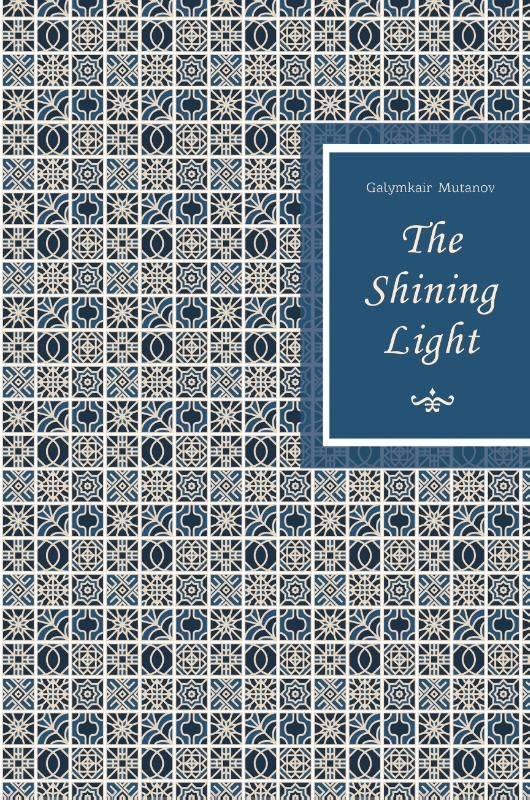 Poetry has always been in the Kazakh blood, and Galym Mutanov is one of the newly independent nation`s leading poets, a shining light in the Kazakh literary world. In the range of his poetry, Mutanov truly captures the essence of the Kazakh spirit - from the tough and ageless traditions of the wild steppe to moments of tender intimacy. The measured Islamic wisdom and deep sense of morality so intrinsic to Kazakh life of old shines through in verse after verse.

The figure of Abai, the 19th century visionary, the deeply spiritual poet of the steppe, looms large over Kazakh poetry. Mutanov takes up the challenge that Abai threw down - to create verse that is both steeped in the Kazakh tradition of oral verse yet rises to a new clarity and spirituality relevant today.

Mutanov wrote originally in Kazakh, but many Kazakhs speak only Russian. So his poems were translated into Russian by leading poets Vladimir Buryazev and M. Adibaeva. It is these Russian versions that provided the source for John Farndon`s translations with Olga Nakston for this collection.

Galym Mutanov is not only a poet but something of a polymath. He is a hugely distinguished academic, with over 400 scientific papers to his credit, and currently rector of al-Farabi Kazakh National University in Alma-Ata. In 2013, his achievements were recognized in France by the award of a Chevalier L`Ordre des Palmes académiques.

A Kazakh poet Galymkair Mutanov is not only an interesting and gifted creative personality, but also a very original, distinctive philosopher. His poems are heartfelt, extraordinary and modest. The poems are memories, reflections and advices of a truly wise and outstanding person. They are not trivial and vain, but really bright, with deep philosophical associations. Therefore, his poems are readily translated and published abroad. Wonderful collections of poems of the famous Kazakh poet were successfully published in Turkey (two books for which were awarded with the prestigious Medal of Makhtumkuli), Azerbaijan and Russia... The successful translations of his poems in Persian language (Farsi) were published in the popular magazine `XUDAFӘRIN`. There were also resonant publications in such Ukrainian magazines as `Vsesvit` (`Всесвіт`), `Boristen` (`Бористен`) and `Literaturniy Chernigiv` (`Літературний Чернігів`); in the Canadian magazine `Port Folio`.

Galymkair Mutanov was recently awarded the Nikolai Gogol `Triumph` (`Триумф`) International Literary Prize in Ukraine. A number of songs had been written on his poems; under his subordination a social project `Ainalandy nurlandyr` (`Айналаңды нұрландыр!`) is run in Al-Farabi Kazakh National University. The main goal of the project is to promote moral values, peace, good and humanism.