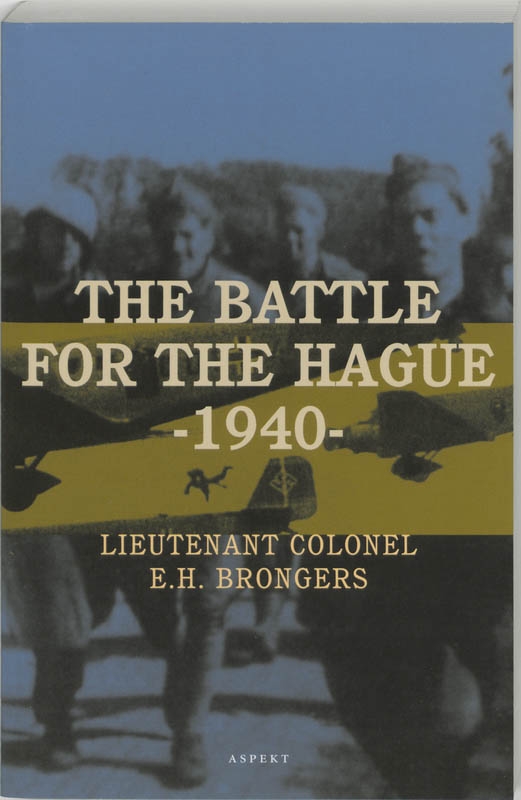 The Batlle for The Hague-1940 is the story of the first great airborne operation in history. The plan conceived by Adolf Hitler to capture The Hague by surprise, was carried out as part of the Blitzkrieg offensive in Western Europe in May 1940. It became a dismal failure. It also became the only defeat of importance the Germans suffered during their campaign.

The very succesful course of their offensive, crowned by the surrender of France, enabled them initially to keep silent about the set back or to present to throw more light on the fighting that took place in the Dutch polders. The defeat of the only German airlanding division was not without consequences. Hitler's enthusiasm for this new arm had diminished, so that its development was slowed down, presenting an advantage for the Allies.

Even greater than the heavy losses in airlanding troops and paratroopers, were the gaps blown in the ranks of the German air transport fleet. According to authoritative German sources, the German never recovered from this blow during the Second World War. An invasion of England thus became a hazardous and difficult operation; the plans to attack Gibraltar and Malta underwent important changes and were finally cancelled.

The author:
The author was born in Rotterdam in 1929. He was trained as an officer at the Royal Military Academy (K.M.A.) at Breda. He fulfilled many national and international staff functions, unit commands and was, amongst other assignments, an instructor at the Staff College at The Hague. He also taught strategy and military history at the Royal Military Academy. He is the author of fourteen published books on military history.