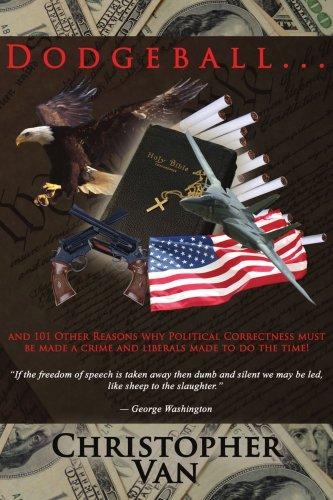 We live in a society where criminals have more rights than victims. Our society is one in which the memories of over three thousand of our brothers and sisters who were murdered on 9/11 have been forsaken for the rights of a group of terrorists. Our courts demand that our children receive condoms in schools but outlaw recitation of the Lord`s Prayer.

There was a time in our history when our Constitution was actually written in permanent ink. There was also a time when family values were a critical foundation of our uniquely American culture which was derived from the influence of many cultures. Assimilation was the norm and English as a Second Language would have been frowned upon. Hard work was expected and government handouts were few and far between.

Fast forward to the 21st century and look at us now. Dodgeball provides an insightful commentary into the tyranny of political correctness and its negative impact on our society. See for yourself how the liberal agenda of entitlements and victimization has stolen the savings of millions of hard working Americans, how the government school monopoly is raping the minds of our youth and how judicial activism is robbing you of your most fundamental rights.

The values of Americans have already prevailed in a cold war against the proletariat communists, a world war against the national socialist movement of Nazism and now it is time that we win this war against the assault on our right to free speech. It is time to demand that acts of cultural Marxism, such as political correctness, be made a crime and the perpetrators made to do the time!