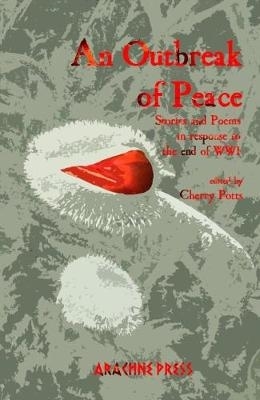 Cherry Potts
An Outbreak of Peace
Stories and Poems in Response to the end of WWI
€ 14.95
Levertijd: 5 tot 11 werkdagen

November 2018 marks the centenary of the end of World War I. After all the commemorative works of art over the past four years, we felt it was important to reflect on what comes after - an outbreak of peace, and what that meant to the combatants and those left at home. This wide-ranging collection brings together stories and poems from many countries, on both sides of the 1914-18 conflict, finding their inspiration in many wars and their endings; together with stories and poems which are not about war at all, which is as it should be.
Stories and Poems by: Ellery Akers, Jane Aldous, Karen Ankers, Annelise Balsamo, Valerie Bence, Anne Bevan, Elinor Brooks, Katy Darby, Peter DeVille, Sarah Deckro, CB Droege, Ken Farrell, Corie Feiner, Norman Franke, David Guy, Chantal Heaven, Anwar Jaber, Steven Jackson, Peter Kenny, Peter Shaver, Julie Laing, Katy Lee, Gerald McCarthy, Nicholas McGaughey, Nina Murray, Ness Owen, Clare Owen, Lily Peters, Nick Rawlinson, Rebecca Skipwith, Lucy Smith, Sarah Tait, James Toupin, Rob Walton, Nick Westerman, Martin Willitts, Jr, and Mantz Yorke.