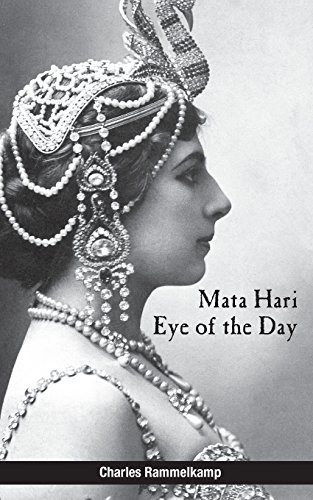 Think of Lady Gaga; think of Cher. Now multiply their audacity by a thousand. In a sequence of poetic monologues, Mata Hari: Eye of the Day dramatically portrays the life and trials of Margaraetha Zelle MacLeod, a Dutch girl from a dysfunctional family who, after a disastrous marriage and ten years in the Dutch East Indies, re-invented herself as the exotic dancer, Mata Hari, the consort of royalty, the companion of fabulously wealthy men, the rulers of Europe. Mata Hari was the toast of the continent for ten years before her connections and lifestyle brought her crashing down. Convicted in a French court as a spy for the Germans during World War I, she was executed by a firing squad in Paris. But was she really guilty of treasonous espionage, or was she framed, the real crime for which she paid with her life merely her unconventional lifestyle?

Rammelkamp is the author of The Secretkeepers, and two collections of short fiction-A Better Tomorrow and Castleman in the Academy-full-length poetry collections The Book of Life and Fusen Bakudan, and several chapbooks of poetry. Past columnist and staff writer to Renaissance Magazine, Rammelkamp has been the editor of The Potomac online e-literary journal since 2007 and is prose editor for BrickHouse Books. He grew up in Michigan, and now resides Baltimore.