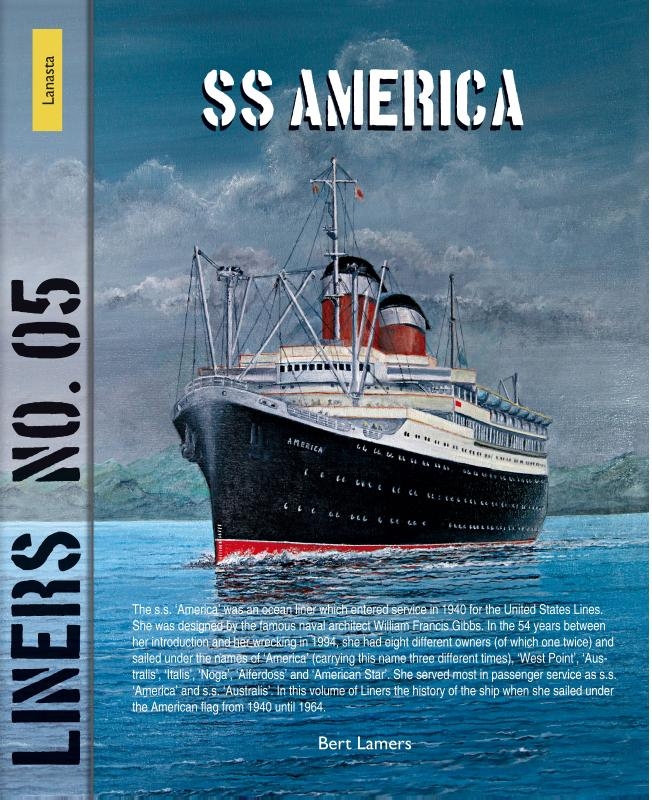 The s.s. `America` was an ocean liner which entered service in 1940 for the United States Lines. She was designed by the famous naval architect William Francis Gibbs. In the 54 years between her introduction and her wrecking in 1994, she had eight different owners (of which one twice) and sailed under the names of `America` (carrying this name three different times), `West Point`, `Australis`, `Italis`, `Noga`, `Alferdoss` and `American Star`. She served most in passenger service as s.s. `America` and s.s. `Australis`. In this number of Liners the story of this remarkable ship.