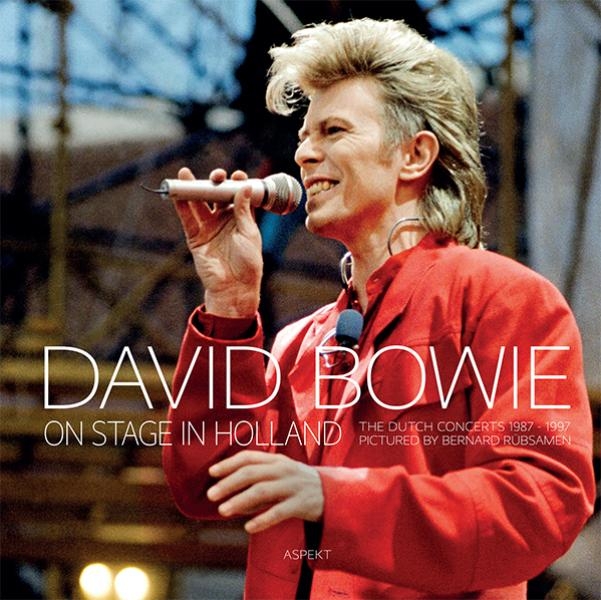 At the age of 11, in December 1975, I became interested in pop music. Aside from David Bowie`s music, I was tremendously fascinated by his strange hair and clothes. Santa Claus brought me my first single titled `Fame` and I played it again and again. When I saw the German film `Christiane F`, in 1982, the soundtrack was filled with Bowie`s music. `Heroes` was my favorite song. From that time on Bowie`s was the only music playing on my record player. Ultimately I had some 30 LPs and about 40 singles. In the summer of 1983, I went to Rotterdam to see the concert of `The Serious Moonlight Tour`. That show left a big impression. Meanwhile, coinciding with my interest in Bowie, I also developed a profound interest in photography and started my internship in Amsterdam, aspiring to become a professional photographer. When the news of a new Bowie tour broke, it was early 1987 and the very first European show was scheduled in Holland. My journal entry of 30 March 1987 reads: `David Bowie`s press conference at the Amsterdam pop temple Paradiso.` With two cameras - one loaded with a color film and one with a black and white film - I rode my bike to Paradiso to wait for David Bowie. From a distance I watched him enter the venue and then I waited for him to come out again. A large group of children attending the school across the street from Paradiso suddenly broke loose and ran inside. I hesitated a moment, then followed them until I was stopped and questioned by an EMI employee. `Who are you?` He demanded to know, and while my heart was pounding out of my chest, I told him I was a photographer for a local newspaper in the eastern part of the country and showed him my press card. `Come with me` he said, and instead of being sent away, I ended up right in the middle of the concert hall, with my hero for the first time at the other end of my camera lens. Over the years following this unique mini-concert, I frequently have had the chance to photograph David Bowie at various locations and venues. On 7 December, 2015 I saw David Bowie at what we know now was his last public appearance; the Lazarus musical premiere in New York. Although I did not know him personally, he was a constant source of musical inspiration and pleasure for me. In this book, which is a tribute to the singer who has inspired me over the years, there are pictures of the following tours: `The Glass Spider`, `Sound and Vision`, `Tin Machine`, `It`s My Life`, `Outside`, Outside Summer Festivals, and finally the `Earthling Tour`. It spans a decade of concerts which took place from 1987 - 1997 in the Netherlands. These photos of David Bowie mark the beginning, and also the breakthrough, of my career as a professional photographer. I am delighted to share these photos with you and I hope you will enjoy them as much as I do. To have been able to attend his concerts and photograph him was a feast. He is no more and that`s very sad. But his music lives on forever! Bernard Rübsamen, 14 January 2016.