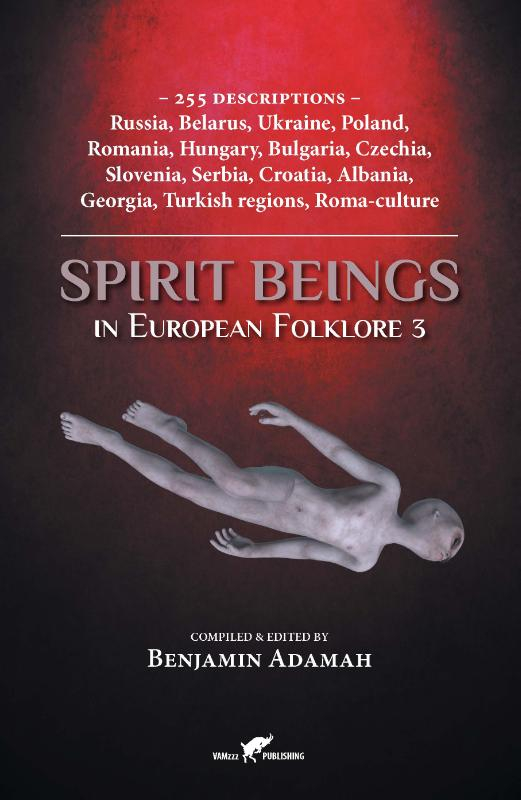 Compendium 3 of the Spirit Beings in European Folklore-series offers an overview of the mysterious, sometimes beautiful and often shadowy entities of the Slavic countries, the Balkans, the Carpathians, Albania, Georgia, and the Turkish and Romani peoples. Many types of Vampires and vampiric Revenants are included – in their original state and purged of later applied disinformation. The undead are prominent in the folklore of Eastern Europe and Albania. Also typical are farm- and household-spirits such as the Domovoy, water-spirits and forest demons like the Russian Leshy, the Chuhaister, or the evil Polish Bełt, who like the Ukrainian Blud, leads travelers off their path until they are lost in the deepest part of the forest. Unique is the Russian Bannik or spirit of the bathhouse. Amongst the Slavs, some ‘demons’, like the Boginka for example, originally belonged to the pre-Christian pantheon. Eastern Europe, in contrast to its returning dead, is rich in seductive female spirits such as the Romanian Iele, the Russian Russalka, the Vila of the Eastern and Southern Slavs and the Bulgarian Samodiva. Via the Balkans, Greek influences entered Slavic culture, while there are also spirits that intersect Germanic and Nordic folklore.

Compendium 3 discusses 255 spirit beings in detail, including their alternative names, with additional references to related or subordinate beings and a unique selection of illustrations.