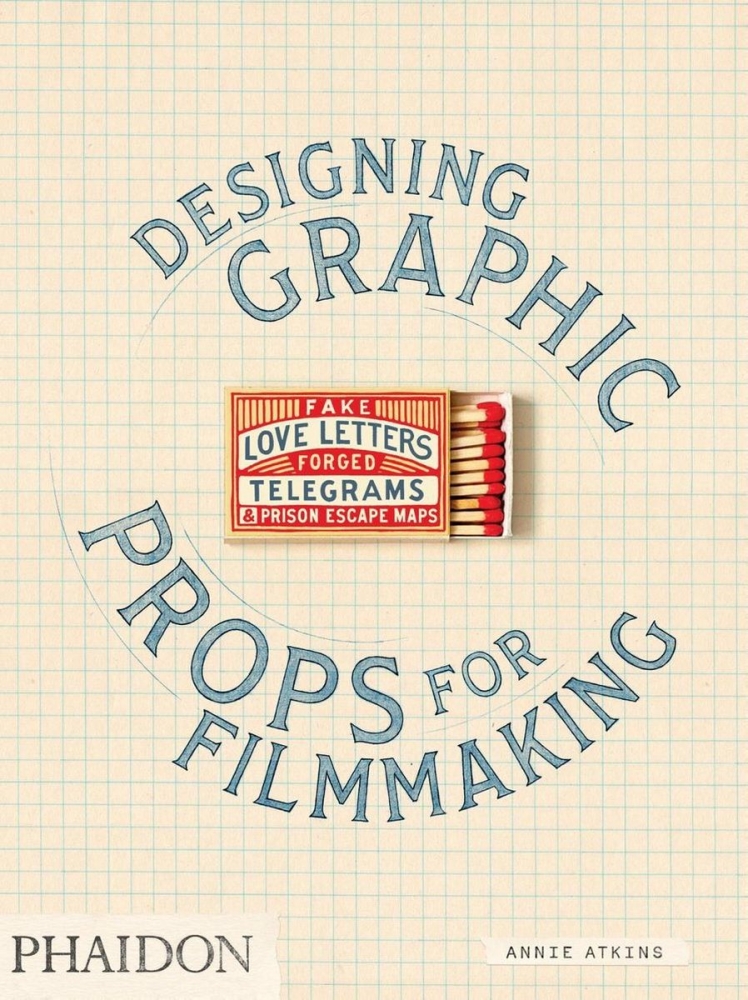 A behind-the-scenes look at the extraordinary and meticulous design of graphic objects for film sets Although graphic props such as invitations, letters, tickets, and packaging are rarely seen close-up by a cinema audience, they are designed in painstaking detail. Dublin-based designer Annie Atkins invites readers into the creative process behind her intricately designed, rigorously researched, and visually stunning graphic props. These objects may be given just a fleeting moment of screen time, but their authenticity is vital and their role is crucial: to nudge both the actors on set and the audience just that much further into the fictional world of the film.