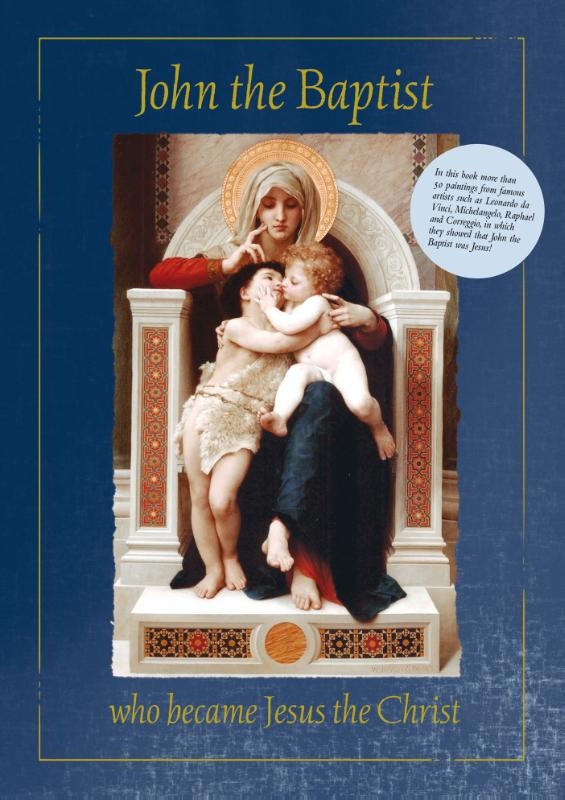 John the Baptist who became Jesus the Christ

For two thousand years John the Baptist has been seen as the one who first predicted the coming of the Messiah and then recognized Jesus as `the Lamb of God` at his baptism in the Jordan River.

John the Baptist, however, was not merely the herald of Jesus. He was Jesus. He became a Christos, an anointed one, after his process of God-realization, symbolized by his baptism in the Jordan.

He became the very Messiah for whom the Jews had waited so long. But this Redeemer was expected to fulfill a long list of prophesies that had been penned down by ancient prophets. John the Baptist did not correspond to these prophesies. The evangelists, therefore, gave him posthumously a new name and a new identity, one that referred to a character from the Old Testament: Joshua son of Nun, which translated liberally, means Son of God.

This book shows how this volatile concept is covertly woven into the fabric of the gospel stories -- for `those who have ears and want to hear.` And when we unravel this grand secret, we also find solutions to many other inexplicable Biblical mysteries. The reader will discover the true identity of the enigmatic Manna, which God caused to come from heaven to sustain the Israelites on their forty year trek through the wilderness. The rather unbelievable story of Jonah, who emerged alive and well after three days in the belly of a great fish, will be clarified. And we`ll learn why the disciples of Jesus were told to cast their fishing net on the right side of their boats. And much more!

Through the ages there has always been a small group of initiated who guarded the secret that John the Baptist was Jesus. This book contains many paintings of old masters such as Da Vinci, Michelangelo, Raphael and Correggio, in which this knowledge is secretly expressed. See and judge for yourself!

About the author:
Anne-Marie Wegh writes books about spirituality. She specializes in the symbolic imagery of the Bible. Through the centuries, much of the symbolic meaning of the Bible has been lost in translation. Her mission is to expose the deeper layer of the Bible and to share this with her readers.

Many of the Bible stories center on a process of spiritual rebirth which eastern traditions call kundalini awakening. Anne-Marie combines her insights into the deeper layers of the Bible with firsthand knowledge about this spiritual path of transformation.

In her own words:
The Bible can be regarded in several distinct ways. Many readers prefer to take the stories of the Bible literal and aim to live their lives according to the example of Jesus and the instructions he left us. Others see the Bible as a wholly human product and study it scientifically and anthropologically, or admire it as the great depository of narrative archetypes that still carries artistic expressions today. Many, however, have abandoned the Bible and seek solace in Far Eastern traditions.

I want to show you an additional and exiting way to look at the Bible. In my books you will discover amazing parallels between the stories of the Bible and the esoteric principles of other spiritual traditions. Hidden in gruesome stories about war, slavery and animal sacrifice, we find a universal roadmap to self-actualization and spiritual awakening.

The deeper layers of the Bible rise to the surface when we review the figurative and symbolic qualities of the Biblical stories. They teach us how we can realize the Kingdom of God. Not after death, somewhere in another dimension, but here and now on earth, within ourselves; how we can make of ourselves a temple for God to live in.