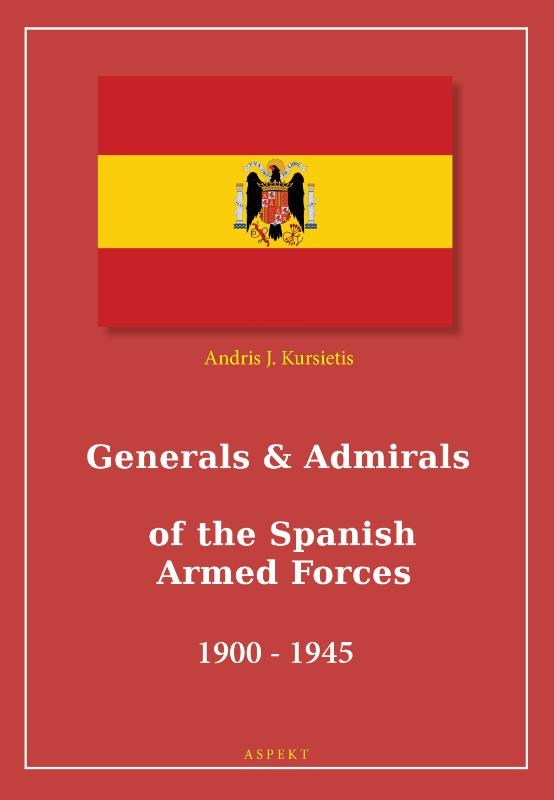 Andris Kursietis has been a researcher of military history for fifty years, using resources that span the globe. His latest book, Generals & Admirals of the Spanish Armed Forces, 1900 - 1945 contains the biographies of over 3,300 generals and admirals who served Spain during the first forty-five years of the 20th Century, covering four distinctive eras: the period of the King Alfonso XIII monarchy, 1900-1931; the republic, 1931-1936; the civil war, 1936-1939; and the first six years (up to the end of World War II) of the Franco regime which began in 1939.   For his previous work on the Hungarian military, the Hungarian Knightly Order of Vitéz in 1997 awarded Kursietis its Cross of Merit. He is also the recipient of the Silver Medal of Merit from the World Federation of Hungarian Veterans, as well as the Silver and Bronze Service Crosses and the 2014-2018 Cross from the International Hungarian Military History Preservation Society. Outside of his researching and writing, Kursietis serves as the Chairman, President and CEO of the Latvian Welfare Association in the USA (Daugavas Vanagi ASV).