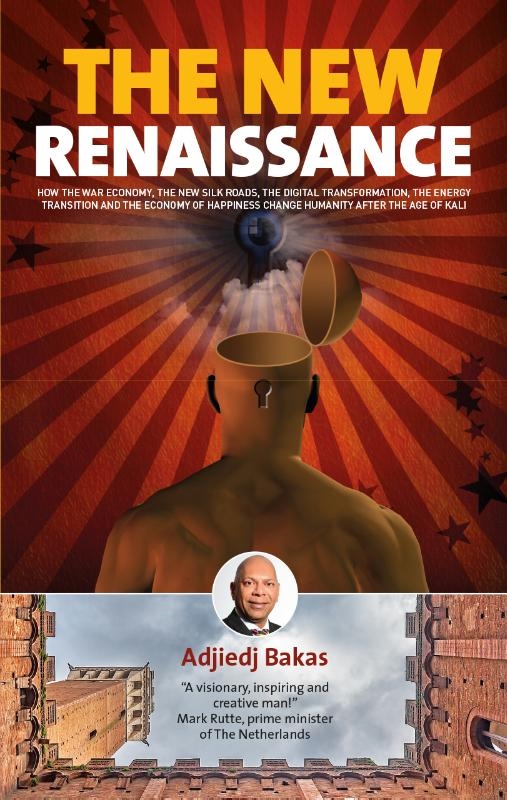 Most people don’t want a future, most people want todays’ life to carry on for the next thirty years, without anything changing. Yet in the next fifty years, more will change, than in the past 500 years. The new industrial revolution, caused by digitalization, energy transition, global political awareness of the masses, the rise of China as the new global policeman, changes in infrastructure, shipping and manufacturing, will lead to a new Renaissance globally. Yet this transition will not happen peacefully. According to Hinduism we are now living in the Age of Kali, an era of war and violence, which is similar to the dark middle ages, preceding the Renaissance of the 15th century. In this telling, insightful and humorous new book, visionary and futurist Adjiedj Bakas, takes you on a journey into the 21st century, relating his insights with historical facts, short stories and anecdotes. In this optimistic book trendwatcher Adjiedj Bakas presents his vision for the World. His previous books have sold more than 1 million copies. He is co-author of ‘The China Factor’ (with Annette Nijs) and ‘Seamless’ (with Nanne Onland). This book is the successor of his bestselling ‘Capitalism & Slowbalization’ which was nominated as management book of the year in The Netherlands. He is a regular lecturer and is considered ‘a very important trendwatcher’ (China Daily), who ‘brilliantly uses his roots in three continents’ (Times of India) and ‘explodes with enthusiasm’ (Suddeutsche Zeitung). According to Dutch daily NRC Handelsblad he is ‘the major trendwatcher of the Netherlands’ and Dutch daily De Telegraaf calls him ‘the most visionary man of The Netherlands’.