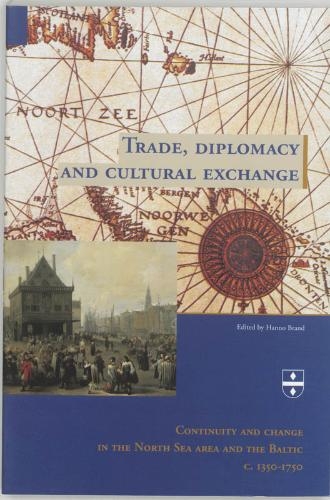 Commercial relations between the North Sea area and the Baltic contributed in a fundamental way to Holland?s economic dominance in the seventeenth century. They were embedded in a region where numerous expressions of a common culture facilitated the mobility of people and commodities or the spreading of tastes and ideas. The German Hansa played a very important role in this process, but also after its decline, economic contacts between the North Sea region and the Baltic continued and with them a prolonged process of cultural interaction. This volume describes the interconnections of the various aspects of the common economic culture in the region between ca. 1350 and 1750.

Contents: DICK E.H. DE BOER, Introduction. Revealing or unveiling the past I The organization of trade in the Baltic- and North Sea region: CL? LESGER/ERIC WIJNROKS, The spatial organization of trade. Antwerp merchants and the gateway Systems in the Baltic and the Low Countries c. 1550 MICHIEL DE JONG, Dutch entrepreneurs in the Swedish Crown trade in copper and iron, 1580-1630 LEOS M?LLER, The Dutch entrepreneurial networks and Sweden in the Age of Greatness ANDREW R. LITTLE, British seamen in the United Provinces during the seventeenth century Anglo-Dutch Wars: the Dutch navy ? a preliminary survey II Economic policies in the Hanse region: JOB WESTSTRATE , The organization of trade and transport on the Lower Rhine and Waal rivers around 1550 HANNO BRAND, Habsburg Diplomacy during the Holland-Wend War of 1510-1514 MIKE BURKHARDT, Policy, Business, Privacy. Contacts made by the merchants of the Hanse Kontor in Bergen in the Late Middle Ages JUSTYNA WUBS-MROZEWICZ, Hopped beer as an innovation. The Bergen Market around 1200-1600 in the European context III Traces of a common culture: political relations and cultural exchange: VINCENT ROBIJN, Brothers in life and death. Religious and social aspects of the Kampen ?Schepenmemorie? (1311-c. 1580) LARS HENDRIKMAN, Portraits and politics. Evolution in the depiction of King Christian II of Denmark during his reign and exile (1513-1531) J.S.A.M. VAN KONINGSBRUGGE, Gustav III: tyrant or martyr? JOOP W. KOOPMANS, Dutch censorship in relation to foreign contacts (1581-1795) CORNELIUS HASSELBLATT, Dutch, Low German and High German at the cradle of Estonian literature. Some aspects of cultural interaction between the Netherlands and Estonia in the Early Modern Period About the authors