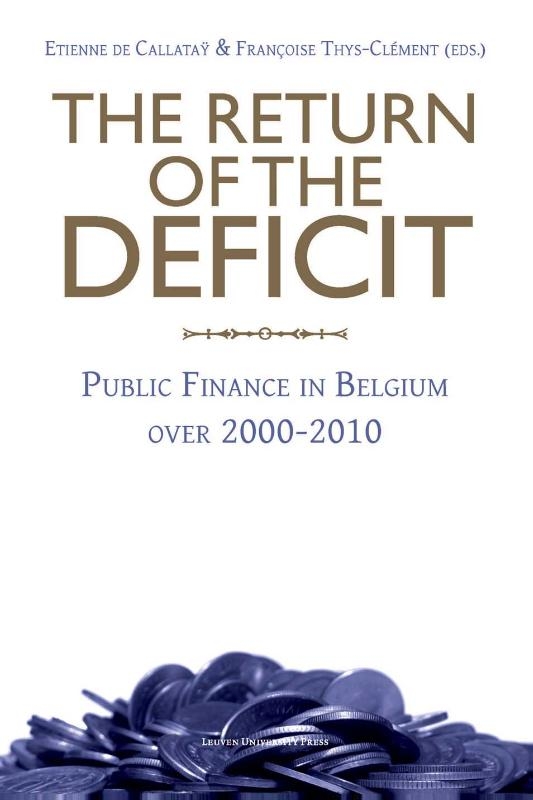 An in-depth analysis of Belgium`s public finance in the recent past
Prior to the outbreak of the financial crisis in 2008 Belgium`s fiscal balances and debt ratios seemed to be on a firm consolidation path. Today, however, Belgium is facing a major budgetary challenge, albeit to some extent lesser than that of other European countries. A proper understanding of the current situation and the design of the most appropriate policy response always benefit from an in-depth analysis of the recent past. This book offers that closer look at the evolution of public finance in Belgium over the decade 2000-2010.

The Return of the Deficit presents a collection of original essays written by the best public finance scholars in Belgium. It covers Belgium`s macro-economic environment, its budgetary policy, changes to the tax system and social security, the evolution of public expenditure, debt management, and fiscal federalism.

This is the seventh volume in the authoritative History of Public Finance in Belgium published under the auspices of the Belgian Institute of Public Finance. It is introduced with a foreword by Herman Van Rompuy, President of the European Council.