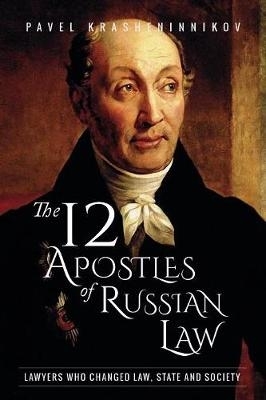 He studied at Sverdlovsk School of Law and then did graduate work there. He subsequently taught at the Ural State Law University. In the 1990s he served as an expert on legislation for the Supreme Soviet and worked in senior posts in various state authorities, including as head of Russia`s Ministry of Justice under Boris Yeltsin. He spent a decade as rector of the Russian School of Private Law in Moscow. At present Krasheninnikov is a deputy in the State Duma, and for 18 years he has led the Duma`s legislative committee.

Krasheninnikov took part in the drawing up of a new Civil Code and other major legislation in modern Russia. He has played an active role in drafting and introducing legal reforms.

He is responsible for over 150 publications in the field of private and public law, as well as legal theory and history. Krasheninnikov has authored a series of works in which he has traced the emergence and development of law as a key system for regulating interpersonal and social relations and as one of the sources of authority.

His book The 12 Apostles of Law first saw publication in Russia in 2016 and is dedicated to the great legal minds who, through their scholarship and legislative activity, changed Russia`s law, government, and society over two centuries. For over thirty years Krasheninnikov has studied the lives and work of the men depicted in this book, and he was fortunate to personally work with four of them.

Published with the support of the Institute for Literary Translation, Russia.