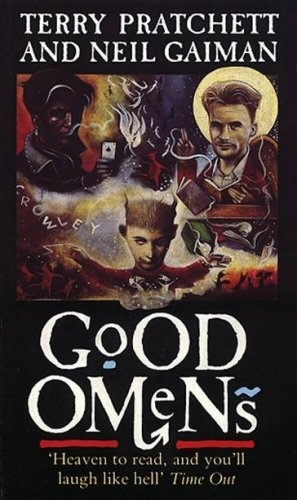 Taking a cynical look at the horror genre, this book features Crowley and Aziraphale, two friends who attempt to prevent the prophesised Armageddon. When the Antichrist is born they divert him from his original home at the American Embassy to Tadfield, where he grows into an unkempt individual.