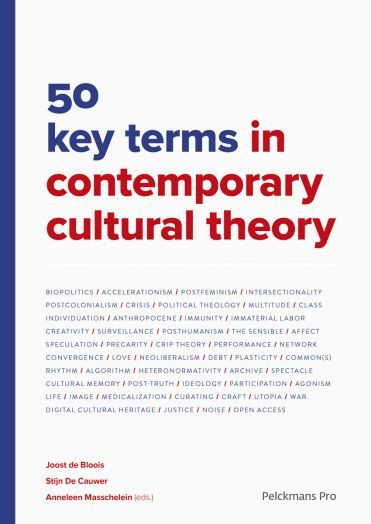 Anthropocene, post-humanism, biopolitics ... These terms are often used first in an academic context before being used outside the academic world, once their usefulness has become known to the wider public. Whether in official policy documents, in catalogues of expositions or in applications for subsidies, these terms tend to show up regularly.

In this book, 50 terms that are important in contemporary cultural theory are explained by experts in the field. They clarify what the term means, how it is used in different contexts and which discussions the term has triggered. Some of these terms refer to political issues (surveillance, political theology, multitude), gender and queer studies (post-feminism, heteronormativity, intersectionality), media theory (convergence, algorithm) or the art world (curating, participation, performance).

This book functions as a compendium of key terms in contemporary cultural theory. It is of use for students in the humanities, but also for professionals in the cultural field.