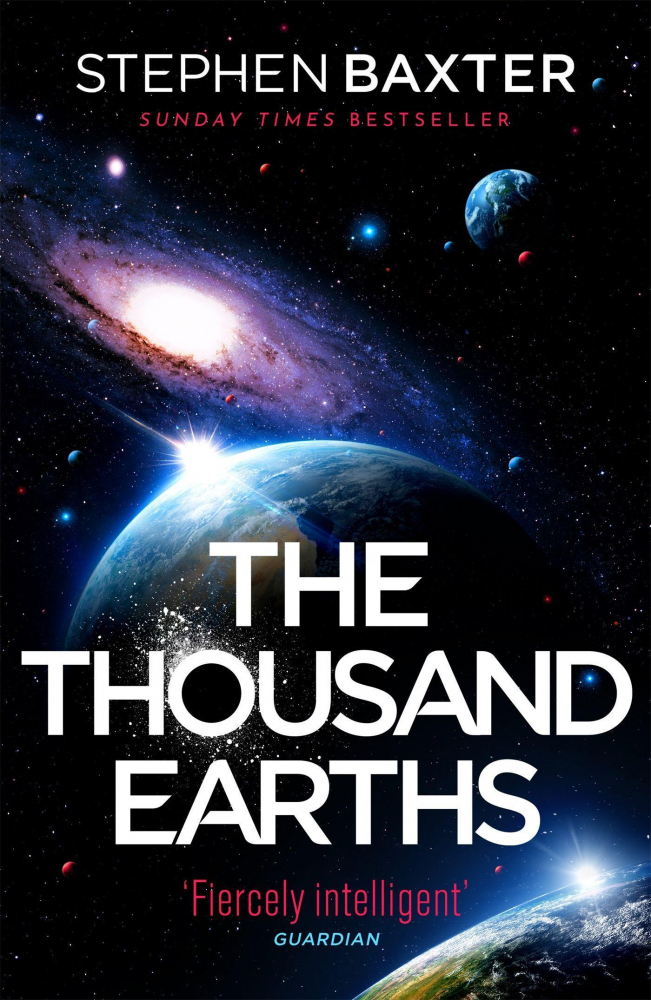 Baxter Stephen
The Thousand Earths
€ 22.95
Bij u in huis op: dinsdag
Dit artikel is aanwezig in onze winkel in Heerenveen

Hackett, in his trusty ship the Perseus, is not just a space traveller - beginning his travels with an expedition to Neptune and back - but, thanks to the time-dilation effect, a time traveller as well. His new mission will take him to Andromeda, to get a close-up look at the constellation which will eventually crash into the Milky Way, and give humanity a heads-up about the challenges which are coming.

A mission which will take him five million years to complete.

Not only is Hackett exploring unknown space, but he will return to a vastly different time.
br>
Mela's world is coming to an end. Erosion is eating away at the edges of every landmass - first at a rate of ten metres a year, but fast accelerating, displacing people and animals as the rising Tide destroys everything in its path. Putting more and more pressure on the people - and resources - which remain.

'she and her people have always known that this long-predicted end to their home, one of the Thousand Earths, is coming - but that makes their fight to survive, to protect each other, no less desperate .

A beautiful, page-turning story which interweaves the tale of these two characters, separated by both space and time, in a hopeful exploration of humanities' future, this is 'stephen Baxter at his best.