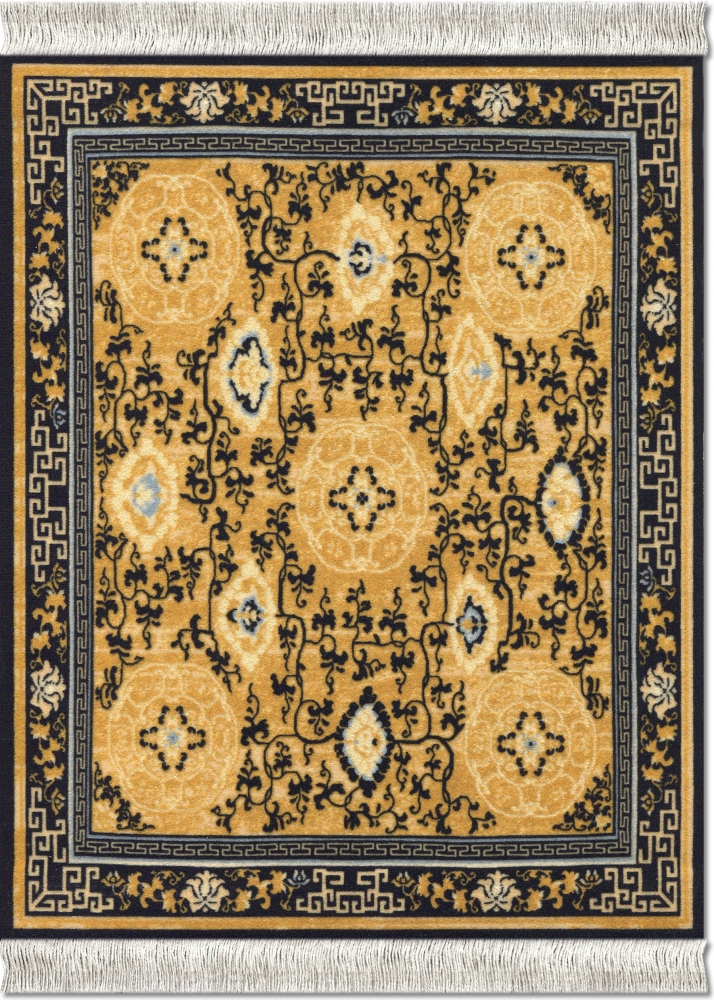 Five circular medallions are depicted in the center and the four corners of this the classically-proportioned 19th century Chinese carpet that inspired this MouseRug. The field is composed of bold, stylized flowers countered by a delicately drawn vine and leaf system. The main border contains lotuses and sprays alternating with geometric key patterns, the latter which resemble those found on Chinese lacquered trays and boxes.