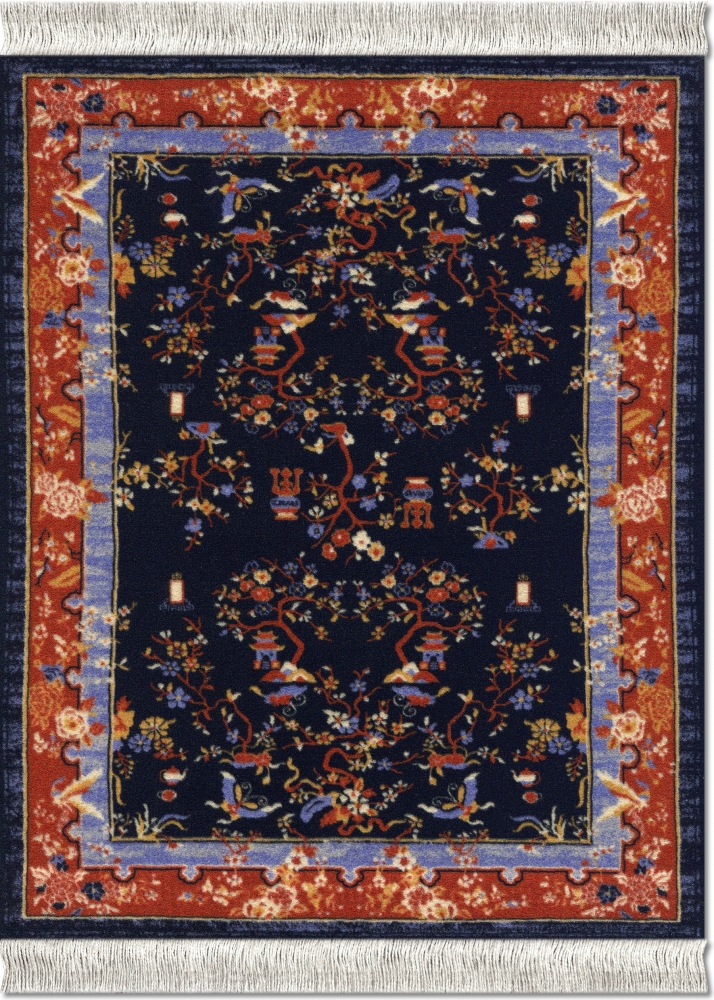 The ?Emperor?s Garden? rug inspiring this design is an exquisite example of a type of design known as the ?Peking? style which gained status and popularity during the latter decades of the 19th century. This was a time when China opened its vast workforce, in the form of large weaving ?factories," to the Western world. A trademark of this style, which reached its zenith of popularity during the 1940s, is its use of pictorial elements, such as pagodas, vases, and realistically drawn flowers, birds and butterflies.