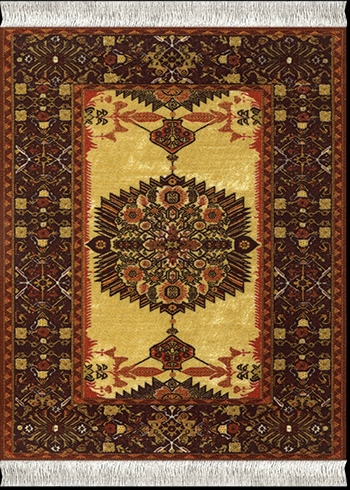 Feraghan Sarouks were among the crème de crème of late 19th century Persian carpet masterworks. Designed by design-artists who were schooled in classical forms, wide varieties of Feraghan Sarouks were created first in the form of complex drafts, and then woven into rugs in small ateliers. Among them, this outstanding piece shines as brightly in the early 21st century as it did in the late 19th.