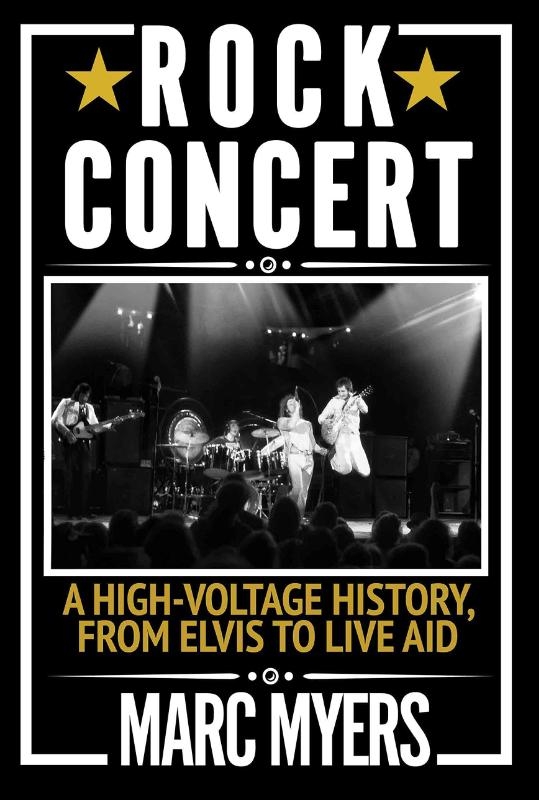 A lively, entertaining, wide-ranging oral history of the golden age of the rock concert based on over ninety interviews.

Decades after the rise of rock music in the 1950s, the rock concert retains its allure and its power as a unifying experience - and as an influential multi-billion-dollar industry. In Rock Concert, acclaimed interviewer Marc Myers sets out to uncover the history of this compelling phenomenon, weaving together ground-breaking accounts from the people who were there.

Myers combines the tales of icons like Joan Baez, Ian Anderson, Alice Cooper, Steve Miller, Roger Waters and Angus Young with figures such as the disc jockeys who first began playing rock on the radio; the audio engineers that developed new technologies to accommodate ever-growing rock audiences; music journalists, like Rolling Stone`s Cameron Crowe; and the promoters who organized it all, like Michael Lang, co-founder of Woodstock, to create a rounded and vivid account of live rock`s stratospheric rise.

Rock Concert provides a fascinating, immediate look at the evolution of rock `n` roll through the lens of live performances, spanning the rise of R&B in the 1950s, through the hippie gatherings of the `60s, to the growing arena tours of the `70s and `80s. Elvis Presley`s gyrating hips, the British Invasion that brought the Beatles in the `60s, the Grateful Dead`s free flowing jams and Pink Floyd`s The Wall are just a few of the defining musical acts that drive this rich narrative. Featuring dozens of key players in the history of rock and filled with colourful anecdotes, Rock Concert will speak to anyone who has experienced the transcendence of live rock.