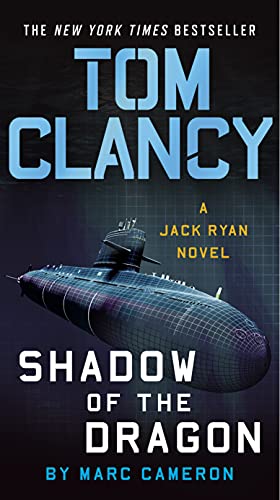 A missing Chinese scientist, unexplained noises emanating from under the Arctic ice, and a possible mole in American intelligence are just some of the problems that plague President Jack Ryan in the latest entry in Tom Clancy`s #1 New York Times bestselling series.

Aboard an icebreaker in the Arctic Ocean, a sonar operator hears an unusual noise coming from the ocean floor. She can`t isolate it and chalks the event up to an anomaly in a newly installed system.

Meanwhile, operatives with the Chinese Ministry of State Security are dealing with their own mystery-the disappearance of brilliant but eccentric scientist, Liu Wangshu. They`re desperate to keep his crucial knowledge of aerospace and naval technology out of their rivals` hands.

Finding Liu is too great an opportunity for any intelligence service to pass up, but there`s one more problem. A high-level Chinese mole, code-named Surveyor, has managed to infiltrate American Intelligence. President Jack Ryan has only one choice: send John Clark and his Campus team deep into China to find an old graduate student of the professor`s who may hold the key to his whereabouts. It`s a dangerous gamble, but with John Clark holding the cards, Jack Ryan is all in.

Series Overview: Tom Clancy`s Jack Ryan series is one of the most successful thriller franchises in history. All twenty-one books have been New York Times bestsellers, and most have hit #1.