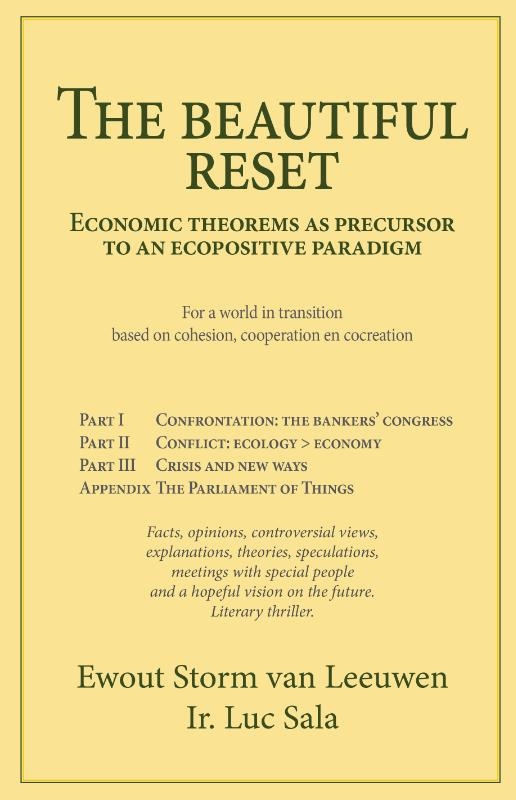 This quest takes you from brutal neoliberalism, from earning models based on crises and wars, to an inclusive economy. Past the complementary emotion- and knowledge-based economy views. Along the fallacy that permanence and flux lie on the same x-axis, likewise with the concepts of freedom and security. And to the appalling discovery that Earth is warming up so fast because the cooling system – based on cloud formation, i.e. water – is getting way out of control due to desiccation and desertification. Collateral damage from ill-considered economic action. Follow Jonathan Fonck on his intense journeys into the outer and inner worlds. Outwardly he is the successful top journalist of an economic daily in Amsterdam. See also his inner struggles, victories and defeats. He has been seen, weighed and found fit to provide the world with a new paradigm lest the planet, the life bearing Gaia, remains habitable. Jon is an astute analyst; you can follow him in dialogues, expositions, reflections, lectures and letters, from himself and from the people he meets. His considered views on circular and human scale economics, embedded in an ecology-protecting paradigm, may seem familiar to you. After all, they are so obvious. Parts I and II play out in 2019. Part III, set in 2020 and 2021, offers innovative insights into how an economy, based on think global, act local not only brings ecological salvation, but also returns self-determination over production and consumption to human communities, thanks to new technologies, sustainable transportation and proper education. Actually, the only fictional thing in this thriller is the benevolence with which big money finances small-scale enterprise with a 25-year return horizon. An incentive.