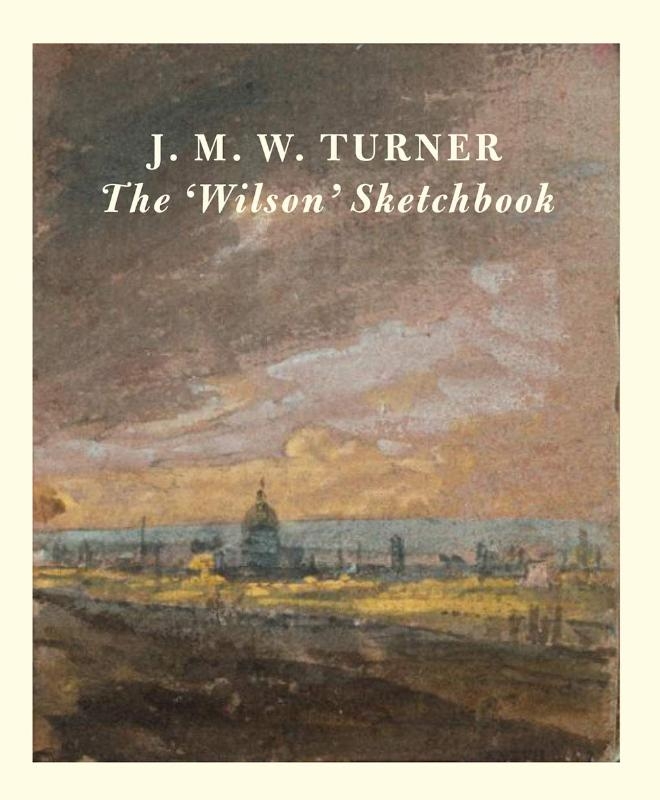 A BEAUTIFULLY PRODUCED NEAR-FACSIMILIE OF TURNER`S SKETCHBOOK COLLECTING TURNER`S `WILSON` STUDIES Turner`s sketchbooks were private things which he kept to himself. They might live for some time in his coat pockets or travel bags, to be pulled out as need arose. In the studio, they served as memory banks for future work. Of the nearly three hundred sketchbooks in Turner`s house at the time of his death and now in the care of the Clore Gallery, the little book here reproduced is one of the most delightful and fascinating. It marks an important stage in the development of Turner`s practice as a draughtsman and was in use when he was only 21 years old. It is a working notebook in which the pressing demands of an increasingly fertile imagination are given expression as it forges a new language for itself: a language that was radically to affect the history of both water-colour and oil painitng in the romantic period and long afterward. Originally marked with `Copies of Wilson` on the cover, this charming little book is a testimony to the phase of studenthood in Turner`s development, Richard Wilson being the supreme exponent of landscape painting in the eighteenth-century in Britain. For Turner, whose lifelong ambition was to show the world that landscape paintings could be a vehicle for the noblest and most ideas, Wilson was, as this book shows, his hero and chief model. This edition of the sketchbook reproduces all these beautiful drawings and watercolours in facsimile, with an illustrated introduction by Turner expert Andrew Wilton discussing their background and impact.